What happens to employment rates during a recession? 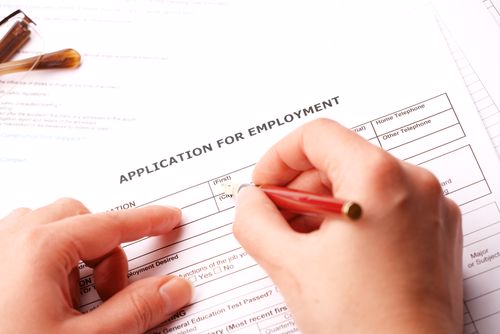 A recession automatically spells disaster in many people's minds. They immediately think of inflation that leads to unaffordable necessities like groceries and gas, decreased salaries or wages and even lay-offs. But how do economic downturns affect employment in reality? Are high levels of unemployment inevitable during a recession and, if so, what consequences does this have for employers? Let's investigate.

How is employment affected by a recession?

To answer this question, it might be helpful to define what a recession is and what it isn't. A recession is a sustained downturn in gross domestic product (GDP) accompanied by rising inflation. They usually last around 10 months but can continue for years. In fact, some economists believe we still haven't fully recovered from the recession that followed the 2008 Wall Street crash. A recession must also, by most definitions (including that of the National Bureau of Economic Research), affect every industry.

The unfortunate truth is that historically, recessions are partly characterized and do usually result in greater degrees of unemployment. The most devastating example of mass unemployment related to a recession is, of course, the Great Depression. During the COVID-19 recession, unemployment reached a high of almost 15% in the first few months after the pandemic was declared by the World Health Organization (WHO).

But can we expect job loss to that extent now in the period proceeding the economic boom that followed the height of the COVID-19 pandemic?

What will another recession mean for business leaders?

Whether a recession is still on the rise or already here, the markers are glaring. Although unemployment is currently at a low, the U.S. economy shrank by almost 1.5% in the first three months of 2022, which is indicative of a recession. Many economists agree that the writing is on the wall. Despite the hundreds of thousands of job vacancies (job openings aren't typical of recessions), some experts expect the unemployment rate to double to 7% in the next few months.

Should another recession happen, employers can expect a knock-on effect in their business. We're in a unique and unprecedented position in which employers would be cutting unfilled jobs, as opposed to filled ones. That will mean lowered economic activity without job losses, which has never been seen before. Regardless, the fact is that a recession does mean decreased growth in the economy, which will mean less revenue for most companies.

The astounding job vacancy rate means many businesses are operating at far less than full capacity, and this will invariably cause economic productivity to decline even further. However, for the first time in memory, employers likely won't have to lay-off workers en masse. Rather, they're expected to cope with the hit by redirecting budgets, sourcing supplies more frugally and putting a temporary halt on hiring new employees.

Ultimately, employers should develop coping strategies while we wait for the NBER to give their final verdict regarding whether we are in a recession.