6 things recruiters should look for on a resume 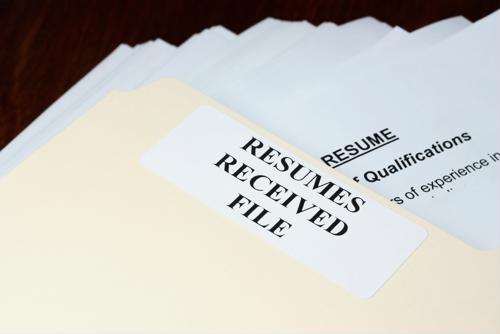 When you're a hiring manager with an open position to fill, you are likely to receive a lot of interest - and applications - from professionals in your field. That may be especially true now, with millions of people having been forced to file for unemployment in recent months, so time is of the essence to quickly and effectively scan the potentially dozens of resumes you will receive.

So how can you scan those documents quickly and effectively? The following strategies might help:

1) Start with the cover letter

If you want to quickly and easily advance a good candidate or dismiss one that doesn't quite fit, their resumes might not be the best place to start, according to Indeed. That's because, for most job openings, the qualifications they bring to the table will be at least somewhat similar and overlapping. Starting with the cover letter to get a better picture of what they think is important about their qualifications could be more illuminating.

2) Give everything a once-over

Another quick and easy way to figure out which candidates really stand out from the field is to very quickly look over all the documentation they sent you, Indeed added. Especially for jobs based around design or communication, the ability to put together an eye-catching resume or cover letter, or write a simple but effective email, could be a big differentiating factor.

3) Check to see the career growth

When you're trying to identify the best candidates, one of the best ways to do so is to look at their career trajectories, according to American Express. Even if they haven't necessarily been in the business for as long as some other candidates, those who quickly advance up the career ladder may be the kind of "rock star" workers companies always say they're working for. These are the kinds of people who should at least get an interview.

4) Does the candidate mix it up?

Similar to having a quickly rising career trajectory, you might also want to prioritize people who seem to move around within the industry, American Express noted. Whether that's shifting between companies with some frequency or job titles that shift their focus from one aspect of the business to another. If they seem to generally be moving up, but not in a linear fashion, you might want to investigate why.

5) Print out whatever you receive digitally

These days, almost all resumes and cover letters you receive will be via email or an electronic submission system, but that's not always the best way to read these documents, according to Top Resume. Instead, it can be better to print out the documents, which gives you the opportunity to really examine them and also keep a real-world "accept" and "reject" pile.

6) Have others look over the resumes that stand out

Once you've whittled down a large number of applicants to only the "yes" and "maybe" groups, it's important to have other people - such as the person who would oversee the new hire - look at the maybes, Top Resume advised. That way, you can get a critical second opinion on someone who might or might not be a great fit.