Boost your resume with 5 simple changes 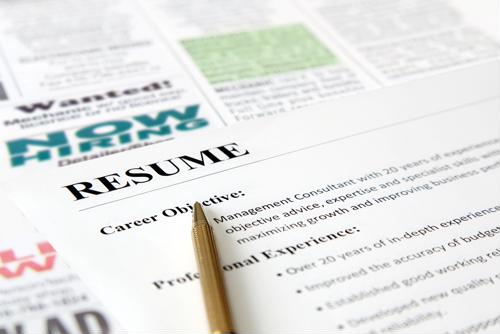 In most cases, when a job seeker sends their resume and cover letter to a prospective employer, that's usually their introduction to a hiring manager. With that in mind, it's important to make a great first impression, so rejiggering some aspects of the resume to be more attention-grabbing is a great idea.

Here are just a handful of expert-recommended options for making a resume stand out:

One of the best ways to both get past resume screening software and impress the actual human reading the document is to make sure a lot of the same language from the job listing is also on the resume, according to The Job Network. Even changing a few words here and there so that it better reflects what the company is looking for will often result in at least a phone interview.

It's important for people to not only list their job experience, but also the professional skills they've accumulated over the years, The Job Network further advised. Doing so really helps contextualize both how long job seekers have been in their chosen field, and what their jobs entailed and what they are skilled at doing on a day-to-day basis. That, in turn, shows hiring managers exactly why they're so qualified for the position.

3) Quantify everything you can

Along similar lines, there's a difference for hiring managers between job seekers saying they "helped a company grow" and were "part of a team that increased sales 5 percent last year" or the like, according to Work For Good. Whenever there are concrete numbers on a page, a reviewer's eyes will naturally be drawn to them, so finding the most impressive career statistics and applying them wherever possible will really help boost the chances of at least getting an interview.

4) Look at it quickly

Part of the reason hard numbers are so important is that a job listing will typically receive interest from dozens or even hundreds of people, Work For Good noted. To that end, hiring managers usually only spend a few seconds looking at each document. Job seekers should do the same, to make sure there's something on there that often attracts their attention right away.

Often, job seekers spend so much time reviewing and amending - then re-reviewing and re-amending - their resumes that it can get monotonous, and make it hard to tell what needs to be tweaked, according to Inc. magazine. Having a few trusted friends, family members or colleagues take a look at these documents as well, to get a better idea of what stands out either positively or negatively, can go a long way.

Most of all, it's wise for job seekers to just use their common sense and not try to go overboard with changes. There's such a thing as standing out in the wrong way, so being conservative while still playing around with the conventions of a great resume can really do a lot of good.